My first print magazine assignment at Internet Retailer was about Bitcoin, the alternative digital currency, and how it might affect the e-retail industry.

“Bitcoin is so innovative and disruptive to the credit card industry and the currency industry in general,” Shoraka says. “We saw an immediate attraction to it.”

Bitcoin is the name of the currency system; a bitcoin is the monetary unit of the system. Bitcoin is a decentralized—meaning no one organization regulates it—digital currency that buyers and sellers exchange over the Internet, with no bank involvement. The value of all the bitcoins on the market at the end of the first quarter of 2014 was estimated at $6.45 billion, according to CoinMarketCap.com, which tracks the valuations of virtual currencies across major exchanges. That value changes as new bitcoins enter into circulation and as the currency’s value itself fluctuates.

BloomNation began using Coinbase Inc., a 2-year-old company that provides payment gateway services to merchants, just before Valentine’s Day to take and process Bitcoin payments. (E-retailers can accept bitcoins without using vendor services, but to turn them into U.S. dollars, as many e-retailers do, would require them to develop an in-house payment processing program.) That timing was no coincidence, Shoraka says. “Men purchase during Valentine’s Day,” he says, “and Bitcoin is heavily used by men.” A 2013 survey of Bitcoin users by University College London found that more than 95% of Bitcoin users are male.

For BloomNation, Bitcoin is paying off, although Shoraka admits that the number of customers paying with bitcoins is small, and the Valentine’s Day transactions amounted to only several thousand dollars. But he says Bitcoin customers during the Valentine’s Day shopping season spent an average of $150 while customers using more traditional payment methods spent $100—a 50% difference. “We’ve seen that trend continue,” Shoraka says.

Several other e-retailers have started accepting bitcoins and note the low payment processing fees offered by bitcoin payment vendors, Bitcoin’s early-adopter community and irreversible transactions. But Bitcoin’s small user base means the benefits at this time are negligible, and some experts say that—combined with its volatility—means mainstream adoption of bitcoins by e-retailers is far off, if it happens at all. However, others say Bitcoin and other virtual currencies may be e-retailers’ first real opportunity to reduce their reliance on, and fees paid to, banks and traditional payment processors.

I won a bronze in the “Best sports story” category at the MPC awards for my roller derby story.

Read my last story for Milwaukee Mag: Come With Us, Please

As of April 7, I will be a reporter/associate editor at Internet Retailer, a media outlet covering all things e-commerce.

It all started with a press conference and kernel of an idea. For the March 2014 issue of Milwaukee Magazine, I analyzed what the economic ramifications of same-sex marriage might be if the state of Wisconsin legalized it. What I found was a large figure, but an even larger impact.

Stay tuned for the story… 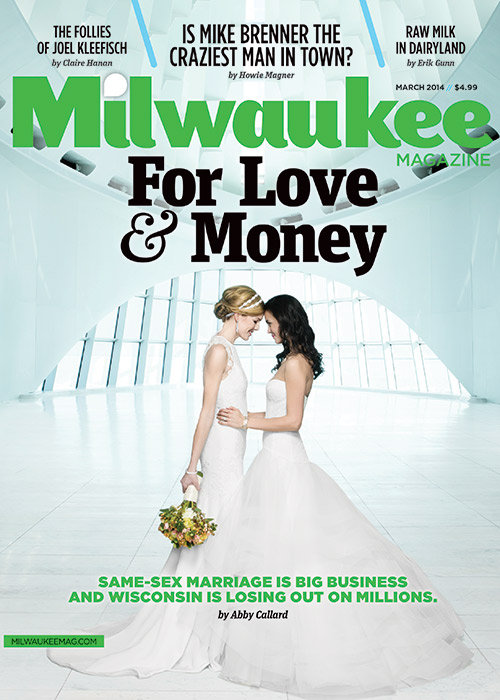 This was an Insider piece I worked on for our January 2014 issue.

Leading a tour on an early morning in November, Molly Gilgenbach – director of the “work services program” at Goodwill Industries of Southeastern Wisconsin – strolls through the various learning labs and classes meeting at the James O. Wright Center for Work and Training, a branching, low-slung building on North 91st Street that looks a bit like a high school. She’s warm, almost heartbreakingly upbeat.

Read the full story at milwaukeemag.com

For Emmy-winning filmmaker Brad Pruitt, it’s function over form. Although his past few projects have been documentaries – Bending Toward the Light about education and Mark My Words about spoken-word poets – Pruitt is returning to narrative for his upcoming film, Behind Closed Doors. Narrative just makes sense for this story, he says. The film follows five neighbors who live in the same apartment building in Milwaukee. It’s a film about connections and community, race and economics. The story had been developing in his mind for years.

Read the rest on milwaukeemag.com 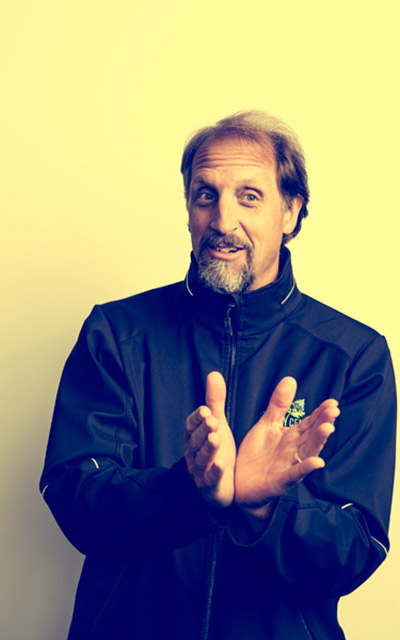 We’re on the top level of the tower at the Urban Ecology Center’s Riverside Park branch, clear views of Downtown to the south and the new Rotary Centennial Arboretum to the west. Ken Leinbach, the center’s executive director, has just shoveled in his lunch. “When you’re up here, you get a different perspective,” he says.
He points to the northeast, to the park he built when he first started out. (“Just me and a toad in a trailer,” he jokes.) To encourage children to come from that park to the Urban Ecology building, a series of three sculptures dubbed Walk Like a River was installed.
Read the rest on milwaukeemag.com

I created a visualization of the graduation rate gap between white and African-American students in Southeast Wisconsin using Tableau Public. Read the full post here.